Some dude named Pope Francis: “Sometimes our efforts and works seem to fail and not to produce fruit. We need to remember that we’re followers of Jesus Christ. His life, humanly speaking, ended in failure…the failure of the cross.”

Saint Paul: “[M]ay it never be that I would boast, except in the cross of our Lord Jesus Christ, through which the world has been crucified to me, and I to the world” (Gal 6:14).

The cross conquered death. On that cross, we died to sin because we died with Christ and He bore our sins.

“He made you alive together with Him, having forgiven us all our transgressions, having canceled out the certificate of debt consisting of decrees against us, which was hostile to us; and He has taken it out of the way, having nailed it to the cross” (Col 2:13-14).

Edit 1: A commenter wrote that what the Pope said was not objectionable because he said “humanly speaking.” Obviously, the Pope is not saying what Jesus did in the cross is an outright failure in every sense. However, the Pope does not confront how the cross was not a failure, and how we would be wrong in attributing to Christ’s work on the cross as one. The probable reason for this is without a sufficient understanding of the atonement (either the Ransom or the Penal theory), the cross really does not make sense. So, the Pope would not be able to vocalize why the cross is not a failure, and it shows in this speech. 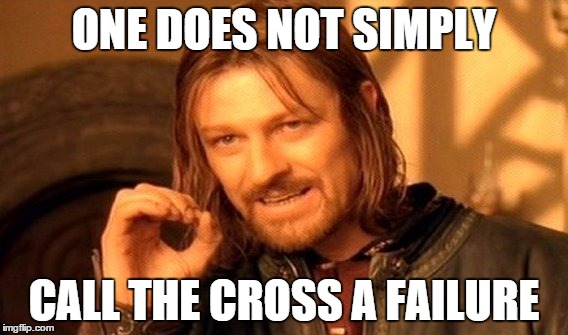 5 thoughts on “FYI Pope Francis, Jesus Christ’s Life Did Not End In Failure At the Cross”