The following recent headlines just make me think about how God has clearly let our society devolve into insanity:

In U.S. Jails, a Constitutional Clash Over Air-Conditioning (NY Times, Aug 15 2016)-Yes, people are suing the government over the claim that not having air conditioning while being incarcerated is cruel and unusual punishment. Being that most of the people in the United States, let alone planet Earth, grew up without air conditioning it is almost unfathomable to imagine how a hot prison is a human rights abuse. 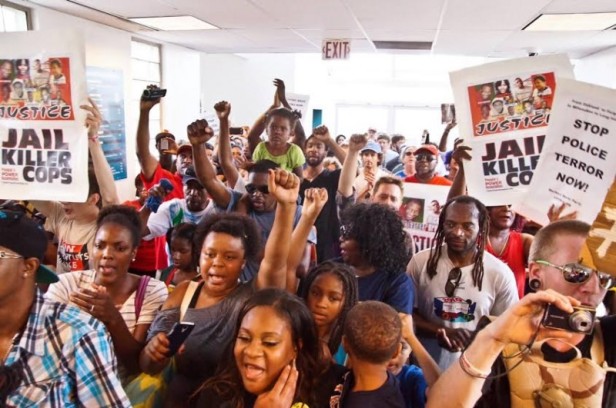 One Person Shot As Protests in Milwaukee Rage On (NY Post, Aug 15 2016)- Sylville K. Smith, a man who fled a traffic stop wielding a gun was shot dead by a police officer. Why are people protesting this? Because the man who was shot is black, the fact that he has been arrested before for shooting at people and theft has been ignored. Instead, his death is an excuse to riot over “civil rights.” It is also worth saying that the police officer who shot Smith is himself a black man. A video was released with the crowds shouting racist epithets against whites, but there has been no outcry outside of right winger fringe websites. Meanwhile, Snopes.com is trying to cast doubt whether or not the video is of the same protest (as if that somehow makes the contents of the video less disturbing). 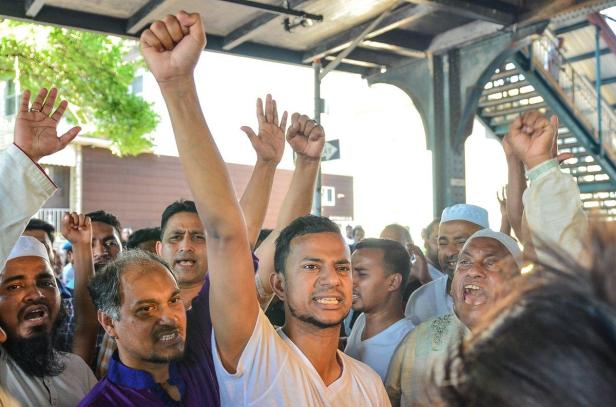 Imam and His Assistant Shot Dead in Queens; Local Muslims Blame Trump for Encouraging Islamophobia (Mediaite, Aug 13 2016)- The headline is clearly an allegation that a white, probably middle class person (Trump’s largest demographic) was stirred up by hate and murdered a Muslim in cold blood. The dehumanizing of white people aside, the truth of the matter is coming out that the shooting was part of a turf war between local Muslims and Hispanics.

Debate Flares After Black College Students Seek a Non-White Roommate (Washington Post, Aug 11 2016)- Kare Urena, a black college student who apparently does not care for white roommates, was like other black college students at her school in demanding that she not have a white roommate. In language reminiscent of white supremacists, these students justified their close-mindedness and racism with the remark that, “We are fighting to exist.” Concerns have been raised that the media has been dehumanizing black people, but the obvious dehumanization of whites (probably for perceived economic reasons) is never mentioned though we can see it in the above story in that something so base is a “debate.” It is worth saying that the Scripture says: “You shall do no injustice in judgment; you shall not be partial to the poor nor defer to the great, but you are to judge your neighbor fairly” (Lev 19:15).

Conclusion. As I reflect on these crazy headlines, I start to realize that there are obvious racial overtones. This website is dedicated to topics of a Christian nature, so if you are looking for me to say, “Boo hoo, poor white people,” you’re at the wrong place.

However, the reason the racial tinge appears so obvious is that identity politics has blinded the masses to cases of blatant evil. There is no justification for racial hate (seen in the segregation, Imam, race riot stories), but society at large appears to approve of racism against people of European descent or at the very least is indifferent towards it. For this reason, I think when I pulled out the first recent headlines that came to my mind for meeting the criteria of insanity, three out of four coincidentally were race related.

Then there is the complete absurdity over the issue of those who worry about the lack of climate control in prison. I mean, seriously, does not the world have bigger problems then how uncomfortable their prison populations are? Until we eliminate malaria from Africa and other more pressing matters, I think I can sleep easy at night knowing that prisoners know how it felt to be me growing up, at work, in college, all of which I survived without air conditioning.

So, what is going on? God is handing over masses of people to collective insanity. The Scripture says, “Woe to those who call evil good, and good evil; Who substitute darkness for light and light for darkness” (Is 5:20). No matter what tribe you claim allegiance to, do not call what is evil good or good evil–for this only obfuscates God’s nature, as He is good, loving, patient, and just.