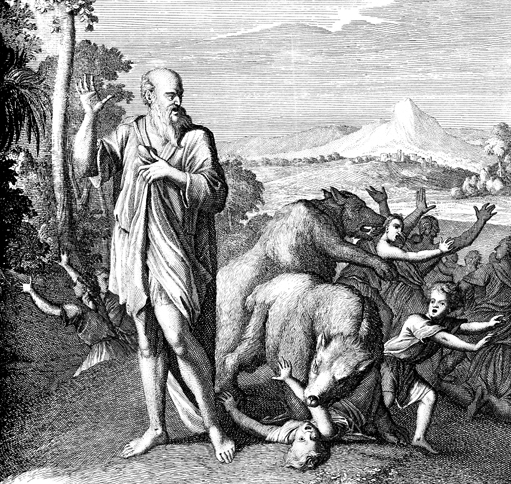 Elisha asked Elijah for a “double portion” (2 Kings 2:9) of the spirit that allowed the great prophet to operate his miracles. This “double portion” did quite a few amazing things in some less than amazing ways.

The following are miracles that God worked through Elisha that vindicates him in the eyes of others. They show that he was indeed a man of God:

-Purifies the waters of Jericho by pouring salt in the spring (2 Kings 2:21).

-Prophesies the coming of floods that would give Israel’s army needed water (2 Kings 3:20).

-Prophesies to a widow that her jar of oil will be able to fill as many containers as she can find, presumably producing a greater volume of oil than can fit in a jar (2 Kings 4:4).

-Brings that same son back to life through prayer and laying on the child, putting his mouth on his mouth and his eyes on his eyes and his hands on his hands, and stretching himself on him making the flesh of the child warm (2 Kings 4:34).

-Makes a poisonous stew not poisonous by throwing starch into it (2 Kings 4:41).

-Heals Naaman’s leprosy by having him baptize himself in the Jordan seven times (2 Kings 5:14).

Now, the miracles here are nothing to sneeze at, but there seems to be something wanting in a lot of them. When Elisha makes water and soup less poisonous, he essentially uses an antidote. The dead child is revived by a curiously performed CPR process. The bread feeds a decent number of men, but how large was that sack of grain and how big were those loaves? I have seen loaves of bread that are really big. The axe head floats, but maybe it was hollow!

Even the more amazing miracles have something lacking. Naaman’s baptism had to be performed seven times to be effective. He struck soldiers with blindness, when Jesus came to give the blind sight. His bones resurrected a dead man, while Jesus Christ resurrected so all dead men might live.

It is in the way that Elisha’s miracles pale in comparison to Jesus Christ’s that we see the vindication of Christ’s teachings. As He said, “[T]hough you do not believe Me, believe the works, so that you may know and understand that the Father is in Me, and I in the Father” (John 10:38). Jesus Christ’s works were undeniable and defied explanation. He rose several people from sickness and death merely by speaking a word. He fed thousands with much less food. He conquered death. None of these things was Elisha able to do.

The Jew ought to read of Elisha in 2 Kings and know just by looking at his miracles that there ought to be something more. Isaiah prophesied of the one who will cure the blind and release the prisoners. The prophesied savior is Jesus Christ.