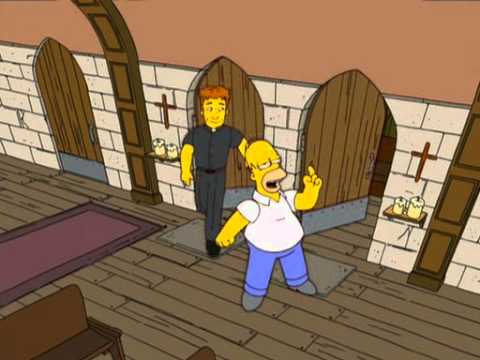 In my previous article, I argued that Confession should be re-instituted and that Protestant objections to the practice are Biblically and historically unfounded. Then why not argue the same for penance? If Elders do a “repentance fruit inspection,” and not actually to effect the metaphysical loosening of sins, how can they do this for all practical intents and purposes without some visible act of repentance?

Note: This article was written before the author’s conversion to Orthodoxy.

The Visible Nature of Repentance in the Bible. Confession and repentance was a public act in the early Church as it was in the Old Testament. People fasted, wore sackcloth, and put ashes on their heads lamenting their sinfulness and entreating God to turn back His hand.

However, unlike confession, there is no specific New Testament command that repentance look the same as it did in the Old Testament. The faithful ought to “bear fruit of repentance” (Matt 3:8), but we are not told how this should be made manifest. Nonetheless, we must concede that there needs to be a literal, visible element. Paul says as much in his speech to Agrippa:

I did not prove disobedient to the heavenly vision, but kept declaring both to those of Damascus first, and also at Jerusalem and then throughout all the region of Judea, and even to the Gentiles, that they should repent and turn to God, performing deeds appropriate to repentance (Acts 26:19-20).

How the Early Church Understood the Visible Nature of Repentance. We can glean from the earliest mentions of confession and repentance outside of the Bible that the early church fathers thought the act was of a public nature, similar in appearance to how the Old Testament saints performed the practice. They might have figured, because the Scripture was thought to be the only verifiable source of revelation from God, why not simply continue confessing and repenting following the Biblical mode (throwing dirt on your head and wailing publicly)?

The first mention of penance in Church history is by Irenaeus where he writes of a repentant apostate who performed lewd sexual acts as part of a Gnostic sect:

At last, when, with no small difficulty, the brethren had converted her, she spent her whole time in the exercise of public confession [Latin: exhomologesi, or simply “confession”], weeping over and lamenting the defilement which she had received from this magician [Marcus] (Irenaeus, Against Heresies, Book 1, Chapter 13, Par. 5; Par. 7 indicates that it was public).

The second earliest such mention is by Tertullian, who writes a whole treatise (On Repentance) on the subject. In it he acknowledges the practice is churchwide. He describes the practice as follows:

This act, which is more usually expressed and commonly spoken of under a Greek name, is ἐξομολόγησις (exlomogesis), whereby we confess our sins to the Lord, not indeed as if He were ignorant of them, but inasmuch as by confession satisfaction is settled, of confession repentance is born; by repentance God is appeased. And thus exomologesis is a discipline for man’s prostration and humiliation, enjoining a demeanor calculated to move mercy. With regard also to the very dress and food, it commands (the penitent) to lie in sackcloth and ashes, to cover his body in mourning, to lay his spirit low in sorrows, to exchange for severe treatment the sins which he has committed (Chapter 9).

Why would we need to do this if our sins are already paid for on the cross? Tertullian uses the example of the churches in the Book of Revelation. They were churches full of Christians that were being called to repent. He took this as proof that God is satisfied/pleased when we are obedient and heed the call (Chapter 8). Apparently, such pleasure would move God to be gracious, just as the Assyrians’ repentance in the Book of Jonah moved God to avert destroying them.

We may object to this and say that God is pleased by our repentance as long as He is reverenced accordingly. He does not need to see us literally do anything. Tertullian anticipated this and wrote:

But some say God is content if he be reverenced in the heart and mind though this not be done in outward act and that so they send without prejudice to their fear of God and their faith that is that they defile the marriage bed without prejudice to their chastity… So then also will they themselves be thrust into hell fire… But these tempers are wont to spring up from the seed of hypocrites whose friendship with the devil is undivided whose repentance is never faithful (Tertullian, On Repentance, Chapter 5).

Tertullian argued that repentance which is not visible, is not faithful. I think that this is something that we all agree with. If we wronged someone financially, and did not make to them financial restitution, are we actually repentant for what we done?

Further, think of faith and works. James said that faith without works cannot save and that real faith has visible works. So, it eminently made sense to Tertullian that we should repent following the Old Testament example, as it was visible and humiliated the sinner. Real repentance must have, he reasons, visible acts of penitence.

We can imagine Terullian asking, “What was the alternative? That the sinner examine himself and after finding sin show he is sorry by treating himself better than before?” He writes:

What if, besides the shame which they make the most account of, men dread likewise the bodily inconveniences; in that, unwashen, sordidly attired, estranged from gladness, they must spend their time in the roughness of sackcloth, and the horridness of ashes, and the sunkenness of face caused by fasting? Is it then becoming for us to supplicate for our sins in scarlet and purple?…Let him furthermore seek out baths of more genial temperature in some gardened or seaside retreat; let him enlarge his expenses; let him carefully seek the rarest delicacy of fatted fowls; let him refine his old wine: and when any shall ask him, “On whom are you lavishing all this?” let him say, “I have sinned against God, and am in peril of eternally perishing: and so now I am drooping, and wasting and torturing myself, that I may reconcile God to myself, whom by sinning I have offended” (Chapter 11).

Tertullian’s logic apparently was not just his own, as every early writer who commented on the subject agreed that repentance had to be outwardly visible. Centuries later Gregory the Great wrote:

Repentance Usually Meant Being Publicly Humiliated. Imagine how little you would sin, or how much you would lie about it, if you expected to air out all of your dirty laundry in public? Even if we were to concede that confession is important, the public nature of the historical practice is no longer held by any church. We rightly fear the public humiliation involved.

Ambrose acknowledged this fact when he wrote:

For many seek for penance through fear of future punishment, being conscious of their sins, and having received their penance are held back by fear of the public entreaties (Ambrose, Concerning Penance, Book II, par 86).

Chrysostom actually warned his congregation not to confess if public humiliation would result:

I do not say confess to a person who can afterward censure you are defame you by making public your sins, but show your wounds to God who is the good Physician of them (On Lazarus, Homily 4 quoted in Calvin’s Institutes).

However, there are cases where even Protestants affirm confession should be made before all. Matthew Henry’s Commentary makes the point that it is important to publicly confess if the sin itself was public:

Where persons have injured one another, acts of injustice must be confessed to those against whom they have been committed….Where crimes are of a public nature, and have done any public mischief, there they ought to be more publicly confessed, so as may best reach to all who are concerned (Matthew Henry’s Commentary).

There is some good reason for public penitence being abandoned. The danger of it is that it becomes a happening of sorts. Who can sob the loudest, look the dirtiest, carry themselves the holiest? You can imagine someone saying, “Yo bro, did you see Linda performing penance on Sunday? Boy, she is really repentant that she joined that Gnostic sect for six months!” People simply like attention, especially when our desire for vainglory makes people marvel in our supposed humility and humiliation.

There was a strong appeal for this sort of vainglory back in the day. Ancient, Mediterranean societies tended to have more outward emotion in public. How many adult men have you seen cry in your life? Not a lot, especially if you look back before the year 2,000. Yet, in the Bible, full grown men cry and perform other acts that humiliate themselves publicly all the time. Paul shaved his head as part of an oath, seemingly unconcerned with how it would make him look. Jesus wept. Old Testament examples are too numerous to count. The stoic, boys-don’t-cry, thing is more of a modern convention. However, the familiarity with public shows of emotion in the past meant that many people jumped at the opportunity to do public penitence, perhaps not with the purest of motives.

Just as today people enjoy the emotional experience of pouring their guts out to someone (look at the field of psychology) without seeking God in the process, the ancients were no different. They were just more public with their gut-pouring. For this reason, Ambrose taught that we must not simply confess to man but never humble ourselves before God:

Conclusion. Man devises many excuses to avoid humbling Himself before God–fear of private humiliation, public humiliation, pride of not wanting forgiveness, etcetera. We must reject all of these and confess to one another and repent following the Biblical mold.

Christians should always be bearing  the fruits of repentance, whatever that may be. Maybe it won’t mean throwing dirt on our heads, wearing sackcloth, and crying in front of a room of people. But, it will mean putting your money where your mouth is.

It is simply not wise to go it alone. Corporate accountability, especially to one’s Elders, is especially important in the process of repentance. There may be no Biblical prerogative to perform penance under the guidance of an Elder, but there is no specific reason not to. Perhaps, for this reason alone, penance was widespread as early as the second century. Without a good reason to abandon such a practice, it is my assertion that it should be reinstituted.

6 thoughts on “The Protestant Church Should Re-Institute Penance”