Note: This article was written before the author converted to Orthodoxy.

In our previous article, we showed how Irenaeus went about proving out that “the will of God” was “handed down to us in the Scriptures” in order “to be the ground and pillar of our faith”  (AH 3.1.1). His answer? Apostolic Succession. We will continue in the same vain in order to show how Irenaeus elaborates on how Apostolic Succession proves the veracity of the orthodox Christian Scriptures by using the church at Rome as an example, citing barbarian Christians as independent verification, and then wondering aloud how Gnosticism can be Apostolic when it clearly arose several decades after the Apostles.

Now, let’s get back into it:

It is within the power of all…to contemplate clearly the tradition of the apostles manifested throughout the whole world; and we are in a position to reckon up those who were by the apostles instituted bishops in the Churches, and [to demonstrate] the succession of these men to our own times; those who neither taught nor knew of anything like what these [heretics] rave about. For if the apostles had known hidden mysteries, which they were in the habit of imparting to the perfect apart and privily from the rest, they would have delivered them especially to those to whom they were also committing the Churches themselves (AH 3.3.1).

As we discussed before, the point of Apostolic Succession is that it authenticated Biblical teaching. We can see Irenaeus invoking the subject here exactly to that effect. In the late second century, the churches started by the Apostles might have not had elders who knew the Apostles, but a few had elders who knew other elders before them that knew the Apostles. For example, even at this late a date Irenaeus heard Polycarp preach. So, he as the Bishop of Lyon could actually say that he knew an elder who knew John. 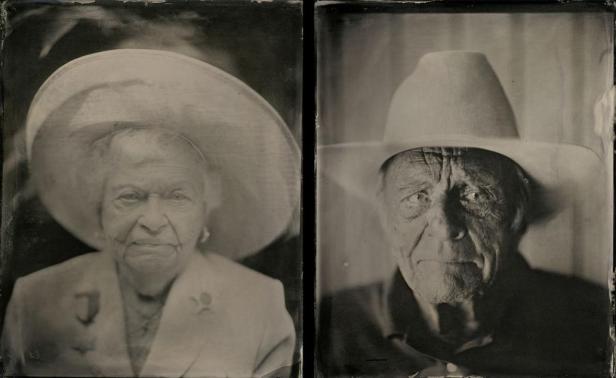 To make this example a little more tangible, let’s take the US Civil War. Now, no one alive today was around during the Civil War. But, there are still living US Civil War veterans’ children! The war was 150 years ago, but there are people who are still walking the Earth that had very close relationships with those who served in the military during that time.

Hence, Apostolic Succession served a very real authenticating purpose, especially in light of the fact that in ancient times there no photographs, recordings, newspapers, or professional historians as we know them today. Discerning the past, after a certain amount of time, was essentially a free for all based upon “guesstimations” of tall tales and myths. Yet, if enough people were around that met someone who actually knew an Apostle, certain myths would not have the intellectual sway they might otherwise have. Apostolic Succession, in effect, was a plausible game of telephone across time. While subtle details have obviously been lost (i.e. Irenaeus’ botching of Jesus’ age), certain big ones like “what is the Canon” and “the Gospel did not have these new-fangled Gnostic ideas” were hard to mess up.

[B]y indicating that tradition derived from the apostles, of the very great, the very ancient, and universally known Church founded and organized at Rome by the two most glorious apostles, Peter and Paul…it is a matter of necessity that every Church should agree with this Church, on account of its preeminent authority, that is, the faithful everywhere, inasmuch as the tradition has been preserved continuously by those [faithful men] who exist everywhere [GIVES SUCCESSION LIST] (…) In this order, and by this succession, the ecclesiastical tradition from the apostles, and the preaching of the truth, have come down to us. And this is most abundant proof that there is one and the same vivifying faith, which has been preserved in the Church from the apostles until now, and handed down in truth (AH 3.3.2-3).

Why will Irenaeus soon after saying the above move on to give the list of Apostolic Successors for the church in Rome (AH 3.3.3)? While a lot of Catholics will focus on the term “preeminent authority,” they would be missing Irenaeus’ big point: every [prospective] church should agree with Rome’s rendering of Apostolic teaching because every church everywhere started by the Apostles has the same exact teachings. Irenaeus is using Rome as a prominent example, as it would be tedious to lay out the succession for every church. It is “good enough” to lay out Rome’s because everyone may readily acknowledge that Rome teaches what all the others teach.

Now, not that it is our intention to undercut Irenaeus’ overall argument (which is relatively solid) we can already see the cracks in the veneer of tradition. For example, Irenaeus makes the historically false claim that Peter and Paul “founded and organized” the church in Rome. While one can plausibly credit Peter with this for several reasons (i.e. Matt 16:18, Peter’s sermon on Pentecost that converted Roman Jews that then brought the Gospel back with them to Rome, etcetera), obviously the same cannot be said of Paul (especially considering he was in jail for much of his Roman stay and was likely not organizing anything other than his trip to Spain.) So, if we are to presume that Irenaeus meant what he said literally, he would be speaking falsehood. If we admit that he meant the terms “founded and organized” in their most vague, generalized sense in that Peter and Paul’s teachings and doctrines were what constituted the founding, organizing, and overall formulation of Rome as a church, then we must also concede that the term “preeminence” is likely in reference to these same teachings and doctrines prevailing in Rome and not a view of Papal Primacy, Infallibility, or whatever else.

Now, the above does not mean that Irenaeus might have not perhaps believed in the above Roman Catholic doctrines. He nowhere explicitly contradicts them. However, we must admit, he nowhere explicitly endorses them either, which is a notable omission given that if the whole issue of Biblical authority was simply settled by an infallible Pope, Chapters 1-5 of Book III of Against Heresies would have been the right time to bring it up.

Irenaeus continues in the same vein, furnishing proof that the game of intergenerational telephone is sufficient to prove that historically, the Catholic Church of the second century retains the true teachings and Scriptures of the Apostles:

Since therefore we have such proofs, it is not necessary to seek the truth among others [i.e. other churches]…Suppose there arise a dispute relative to some important question among us, should we not have recourse to the most ancient Churches with which the apostles held constant intercourse, and learn from them what is certain and clear in regard to the present question? For how should it be if the apostles themselves had not left us writings? Would it not be necessary, [in that case,] to follow the course of the tradition which they handed down to those to whom they did commit the Churches (AH 3.4.1)?

As we can see, the issue of “constant intercourse” is not pertaining to a vacuous oral tradition, but rather literal writings of the Apostles bequeathed to these churches. This is important to Irenaeus, because all of Book III serves as an argument that the Apostolic Scriptures contradict Gnostic teachings. Irenaeus was not trying to defend later Catholic notions of oral tradition and such, even though he actually believed in oral tradition to an extent. The argument he is making here is specifically about the Scriptures being “the ground and pillar of our faith” (AH 3.1.1).

Irenaeus then spends the majority of Chapter 4 discussing an interesting hypothetical episode with barbarian Christians geographically cut-off from the rest of the Catholic Church. He does this in order to use them as independent verification that his speculations about the authenticating nature of Apostolic Succession are correct.

Instead of Scriptures, these illiterate barbarians have “salvation written in their hearts by the Spirit, without paper or ink” (AH 3.4.2). Yet, without written Scriptures they affirm all the same things orthodox Christianity teaches with the added bonus of living righteous lives. Irenaeus ends the paragraph saying “they do not suffer their mind to conceive anything of the [doctrines suggested by the] portentous language of these teachers, among whom neither Church nor doctrine has ever been established.” Here, Irenaeus identifies four mutually exclusive parties. “They” (the Christian barbarians), “these teachers” (the Gnostics), the Church (the Apostolic churches in the Roman world), and “doctrine” (the teaching of the Apostles in the Scriptures). The importance in pointing this out is to show that these barbarians were considered within the pale of salvation (i.e. the invisible Church) though notably outside the visible Church.

Irenaeus makes one final argument in Chapter 4, which pretty much settles the whole dispute with the Gnostics: “For, prior to Valentinus, those who follow Valentinus had no existence; nor did those from Marcion exist before Marcion; nor, in short, had any of those malignant-minded people…But all these broke out into their apostasy much later, even during the intermediate period of the Church” (AH 3.4.3). In short, Irenaeus is saying that we Gnosticism is a bunch of crap because it never existed before Valentius, Marcion, and other false teachers came. Polycarp preceded these men. The Scriptures preceded these men. The churches sent these Scriptures sent by the Apostles preceded these men. It does not take a professional historian to surmise that if the writings of the Apostles precede the writings of Valentinus, that the Apostles’ writings better surmise Christ’s teachings, being that they personally knew Christ, then Valentinus more than 100 years later.

Conclusion. Why take so much time surmising the first four chapters of Against Heresies Book III? Usually, this section of the book gets quoted to inveigh against Sola Scriptura. The claim is, “Hey look you Protestant and your Sola Scriptura. Irenaeus said you need Apostolic Succession to teach the truth and you don’t have that!”

Since, therefore, the tradition from the apostles does thus exist in the Church, and is permanent among us, let us revert to the Scriptural proof furnished by those apostles who did also write the Gospel, in which they recorded the doctrine regarding God, pointing out that our Lord Jesus Christ is the truth (AH 3.5.1).

Irenaeus is explicitly arguing that Apostolic Succession is proof that the Gnostics do not have the right Scriptures and that their doctrines contradict the correct ones. He is not explicitly arguing that Apostolic Succession maintains accurate and necessary extra-biblical traditions, valid sacraments (did the barbarians have them?), the infallibility of the teaching of Bishops succeeding the Apostles, and the guarantee this system will remain effective at preserving doctrine for another 1800 years or so.

So, where does that leave us now? Quite frankly, Irenaeus provides us a compelling argument as to why the Catholic Church of the second century had it right. To say he was making a point broader and more encompassing than this would be to go far beyond what Irenaeus’ put together here arguments allow.